HOW DO I KNOW WHETHER I HAVE GLAUCOMA?

95% patients with glaucoma do not have any symptoms. Glaucoma is a silent disease that cannot be detected or felt by the patient since central vision remains unaffected till the late stages of the disease. Hence it is rightly called as the ‘sneak thief of sight’. It is usually detected during a routine eye checkup.

In cases of chronic glaucoma, there are usually no noticeable symptoms because the condition develops very slowly. People don't often realise their sight is being damaged because the first part of the eye to be affected is the outer field of vision (peripheral vision). Vision is lost from the outer rim of the eye, slowly working inwards towards the centre. 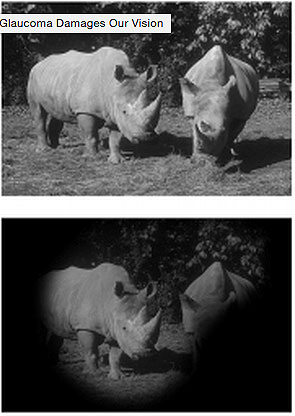 * redness of the eye

Secondary glaucoma is caused by other conditions, such as uveitis(inflammation of the middle layer of the eye). It can also be caused by eye injuries and certain treatments, such as medication or operations.

However, the glaucoma may still cause misty vision and rings or halos around lights.

Recognising the symptoms of developmental glaucoma (also known as congenital glaucoma) can be difficult due to the young age of the baby or child.

However, your child may display symptoms, such as:

* being sensitive to light (photophobia)

* having a cloudy appearance to their eyes

* jerky movements of the eyes

* having a squint, which is an eye condition that causes one of the eyes to turn inwards, outwards or upwards, while the other eye looks forward